Any raw agricultural commodity that has been washed, cut, chopped, steamed, milled, pasteurized, blanched, roasted, canned, dehydrated, chilled, dried, blended, or packaged, basically anything done to them that changes their original form is considered processed food. Preservatives, flavors, nutrients, other food additives, and components permitted for use in food items, such as salt, sugars, and fats, are examples. Some vegetables and fruit can be canned or frozen to keep them fresh for a long time. Pasteurization extends the shelf life of milk and cheese. Vacuum-packing can also prevent the meat from rotting. All of these things also help to reduce trash.

The Tale Of Freezing Food

For generations, freezing has been the preferred technique of food preservation worldwide. However, we didn’t get the means to optimize the method before Clarence Birdseye of Gloucester, Massachusetts. Clarence Birdseye dubbed the “Father of Frozen Foods,” worked as a trapper, preacher and fur dealer. He realized that fish caught when ice fishing in the Arctic’s frigid temperatures would freeze instantaneously. He also discovered that wild game and fish  frozen at lower temperatures lasted longer and tasted better than those preserved at higher temperatures, much to his surprise.

He invented the first equipment capable of fast freezing foods, either in smaller or bulk quantities, in the early 1920s. His invention enabled the practice of fast freezing, which allows goods to be frozen quickly. Processed food has a terrible name for sabotaging diets. Obesity, high blood pressure, and the increase in Type 2 diabetes are all blamed. Processed food, however, encompasses more than potato chips, packaged macaroni and cheese, and drive-thru burgers. Whole-wheat bread, handmade soup, and a diced apple are all processed meals. While some processed foods should be eaten in moderation, many can be found in a well-balanced diet.

Nowadays, consumers with personal freezers and refrigerators worldwide have identified frozen food as a better choice on store shelves, from cold cuts to frozen bakery products. Importantly, frozen food quality is mostly determined by the manufacturing process and quality of the raw ingredients. The quality of the product can also be hampered if the product temperature is not maintained adequately in the cold chain. This involves frozen food processing and packaging and storage, transportation, distribution, and displays in retail establishments.

Which Foods Are More Processed?

Many foods eaten today have invariably gone through processing to make them fit for consumption for longer periods. Most food products are also exported more than before, making food processing a necessary step. Some of the commonly processed foods are:

Can Frozen Processed Foods Be Healthy?

Foods that have been minimally processed have a place in a balanced diet. Processed foods include low-fat milk, whole-grain or wheat bread, precut veggies, and fresh-cut greens. Additionally, vitamin D and calcium may be added to milk and juices, and fiber may be added to breakfast cereals. When fresh fruit isn’t readily available, canned fruits packed in water or natural fruit juice can be part of a nutritious diet. Recently, Delektia, a frozen food company that is the market leader in fully cooked, frozen, and ready-to-eat meals, has signed a partnership with Medical to bring its exceptional goods to Jordan. This is in keeping with the company’s aggressive expansion ambitions in the region, which are based on a growing market share of frozen food items across the Middle East – a trend seen elsewhere in the world.

According to official government advice, people could never stockpile and acquire what they needed during the coronavirus pandemic. However, not everyone followed suit, and many people were buying on the spur of the moment. When walking down the shopping aisles, some items sell faster than others. On the other hand, frozen foods haven’t been affected as badly as their dry spaghetti and sauce counterparts. Frozen foods have been scrutinized for many years, with many people lumping them in with processed foods. However, there is a significant difference between the two. Frozen meals can be beneficial to your health. Some of the benefits of frozen processed foods are

According to studies, seven out of ten homes typically toss up to 20 fresh or cold food items into the trash every month. Frozen food is easy to store and use because it is measured.

Processed goods are high in salt to keep them fresher for longer and improve their flavor. And, yeah, processed foods aren’t appetizing; it’s the salt that appeals to your taste senses. Sodium is often used in processed foods to add color and aid in binding ingredients. On the other hand, frozen food doesn’t need preservatives because it’s just frozen until you’re hungry.

It takes time, effort, and a lot of healthy food to get skinny. As frozen food is usually less expensive than fresh food, you can buy it and store it in the freezer until you need it.

Frozen foods are thought to be harmful to consume. However, the freezing procedure lowers dangerous microorganisms. The thawing procedure can be dangerous, but you should be fine as long as you store it properly and follow the thawing and cooking instructions.

Many retail veggies are held for weeks, and research shows a definite correlation between storage and nutrient loss. On the other hand, frozen vegetables are selected, rinsed, and blanched within an hour, preserving all of the nutrition that you’d be obtaining from your groceries.

With busy lifestyles becoming increasingly common, many consumers are estimated to favor the consumption of frozen processed food. On the other hand, the companies in the market are also estimated to take steps to improve the nutritional content of their food offerings resulting in better growth prospects for the market overall. 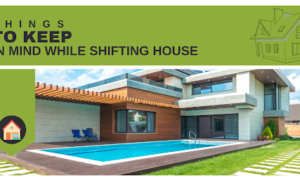 Things to keep in mind while shifting house  How to invest in Cambodia Real Estate Being a Foreigner 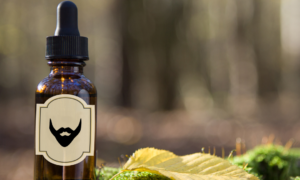 How to care for your beard while traveling?

What is Manav sampada portal? 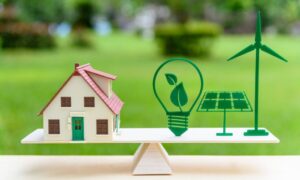 Top 5 Reasons to Invest in an Energy-Efficient Custom Home